The simultaneous occurrence of the COVID-19 pandemic and widespread social unrest has underscored how important it is for organizations to have a well-functioning crisis response team. In today’s post, we’ll take a high-altitude look at the best ways to structure, staff, and train such teams.

The first task in setting up a crisis response team (also called a crisis management team) is sorting out which departments will be represented on it. As a rule, the team should include at least one person from each of the following departments:

These folks act as advocates for their respective roles, making sure the impacts of the crisis on their area are understood and addressed.

Representatives from other departments (e.g., Marketing, Vendor Management, or someone from a specific remote location) might also be brought in to deal with a particular crisis, if it has a significant impact on their area.

Another extension of the team which may be needed are third-party advisors such as PR firms, data or security firms, law enforcement, or regulatory bodies. Waiting until a crisis to ask for help takes time. Determining who you may needed and having a contact or defined process to include these firms is an important part of the team organization.

I’ll talk about choosing a leader for the team down below.

A suitable person is someone who has a temperament and skillset optimal for working in a stressful, time-pressured situation.

People who are good in a crisis tend to have the following characteristics:

In many organizations, the senior leadership are the correct and appropriate members of the team. They have both the vision and detailed knowledge of organizational operations and impacts. In large organizations, some of the best crisis management people are the direct reports of the senior leadership team. It may make sense to include them as part of the team, or as part of the extended membership to provide insight as needed. These tend to be knowledgeable, can-do people who are capable of working collaboratively.

Another way of identifying people who would be strong additions to the crisis response team is to keep an eye out for who comes to the forefront during business continuity exercises or in crisis or other stressful situations.

Most people have a sense of who in their department is a level-headed, can-do person capable of working well with others. Ask around and identify these individuals.

Everything I said above about the characteristics of a good crisis response team member goes double for the leader. Think of the leader as a facilitator. It may be beneficial for the most senior person to participate so they can take in the information and provide guidance rather than trying to direct the group as the overall thought leader.

The leader needs all of the qualities mentioned previously and should also be supremely competent and highly respected across the organization.

The leadershould not be chosen based on politics or seniority.

Nothing undermines the performance of a crisis response team like having people on it who are there based on politics and seniority rather than temperament and skillset.

Try to contain this problem by making a presentation to senior management regarding why it’s important to have competent, suitable people in this critical role. You will probably need to make the case frequently as the team is coming together.

Sometimes it happens that a high-ranking person must be included on the crisis response team for political reasons even if their knowledge or style is not the best fit for the role. If this happens, consider also bringing in a trusted lower-ranking person from the same department who possesses the necessary knowledge and characteristics to do the job.

A common mistake made by people involved with crisis response teams is to assume that managing day-to-day problems is fundamentally the same as managing a crisis. Even if the two situations are on the same spectrum, they’re so far apart as to amount to different situations.

Putting out little brush fires day in and day out, the impacts of which are mostly limited to one’s own department, is significantly different operationally and in terms of pressure from responding as a team member to a crisis that could potentially impact the entire organization.

Consider situations where there was a crisis or issue with an organization which became public and impacted its brand. In such a situation, the response is crucial in providing a sense of being in control and maintaining both public and private trust.

This is why training is so important to the effective functioning of a crisis response team.

Once the crisis response team is staffed and the leader in place, it’s time to move on to training.

There are basically two types of crisis response training. The first amounts to a lesson or formal review of what the crisis team does, what people’s roles are, and what is contained in the crisis management and business continuity plans. The second involves realistic crisis exercises that put the group under pressure, requiring them to work together and solve problems as they would in a real crisis. This allows problems in the group’s dynamics and people’s grasp of their roles to be surfaced and addressed before it’s too late to do any good.

It’s common for crisis team members to push back against these exercises based on the false assumption I mentioned above. Again, dealing with small department-level problems is not the same as working as a member of a cross-departmental response team to manage a crisis that is having impacts across the organization.

Recent events have driven many organizations to look critically at their readiness to respond to a crisis and in particular at their crisis response teams (or their need for such a team). The fundamentals of setting up and training a crisis response or crisis management team are: assign seats on the team to the right departments; pick as members of the team one or two people from each department who have a suitable skill set and temperament; pick a competent, level-headed, and well-respected leader; compensate for political interference; and hold realistic training exercises.

For more information on crisis management teams and other hot topics in business continuity and IT/disaster recovery, check out these recent posts from MHA Consulting and BCMMETRICS: 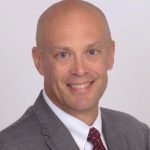 Richard Long is one of MHA’s practice team leaders for Technology and Disaster Recovery related engagements. He has been responsible for the successful execution of MHA business continuity and disaster recovery engagements in industries such as Energy & Utilities, Government Services, Healthcare, Insurance, Risk Management, Travel & Entertainment, Consumer Products, and Education. Prior to joining MHA, Richard held Senior IT Director positions at PetSmart (NASDAQ: PETM) and Avnet, Inc. (NYSE: AVT) and has been a senior leader across all disciplines of IT. He has successfully led international and domestic disaster recovery, technology assessment, crisis management and risk mitigation engagements.