Livin’ on the Edge: Lithium-ion Expansion in IT and Telco Networks 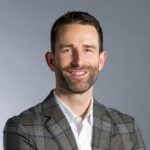 By Scott Armul, Global VP of DC Power and the Outside Plant Line of Business at Vertiv

For decades, telecom providers have relied upon batteries for backup power. As it became clear that telecom availability was going to be critical to daily life, societies around the world took steps to ensure that availability. In the U.S., the FCC established regulations around availability of service and, by extension, backup power to guarantee emergency communications. The ability to pick up a phone and reach emergency services is considered non-negotiable, with good reason.

The battery of choice for telco applications has been the lead-acid battery. While lead batteries may be considered old technology, they have a proven track record of getting the job done. When an outage means risking lives and massive FCC fines, getting the job done is all that matters. Over the years, improvements have been made to lead-acid technology. Today’s modern gel or valve-regulated lead acid (VRLA) battery has dominated the industry for decades.

Providers have looked for alternatives, and nickel-cadmium has been an option, especially in North America. There was a brief flirtation with lithium-ion batteries some 15 years ago, but there were well chronicled safety issues at the time, and operators reverted back to lead.

The data center is a far more recent entrant into our lives, dating back more than 30 years, but data centers also relied almost exclusively on VRLA batteries for backup power for most of those three decades. Recently, however, more and more data center operators have been switching to lithium-ion as an alternative backup power source for their uninterruptible power supply (UPS) systems. Lithium-ion batteries years ago changed the form factor and potential of many consumer electronics with the same basic value proposition that appeals to today’s data center managers. The batteries are compact, lightweight, hold a charge for a long time, and have considerably longer lifespans. And, importantly, advances in chemistries, construction and battery monitoring systems have alleviated the aforementioned safety concerns.

The move to lithium-ion has been gradual, but undeniable. In fact, according to a report on the global data center UPS market from Research and Markets, lithium-ion batteries are expected to account for 35 percent of the market share for UPS batteries by 2025, and that may be conservative. At Vertiv, some 30 percent of our large UPS deployments in the U.S. use lithium-ion batteries. Adoption among telcos isn’t at that level yet, but telecom providers are again considering lithium-ion for certain applications, especially in network access sites. The motivations for the telco interest, however, are different.

Telcos: All About the Application

Over the last decade, telco providers are coming back to lithium-ion. The pace and enthusiasm for widespread adoption varies from region to region, with India and China leading the way and the U.S. proceeding more cautiously. The same potential benefits of lithium-ion apply at telco access sites, but the application is not the same as a data center UPS system. A data center UPS requires fast discharge for backup power under controlled environmental conditions. Telecom applications provide energy in the outside plant, often in extreme heat or cold. At this point lithium-ion remains more of a complementary technology in the telecom space than a transformative one.

Looking specifically at telco applications, the lighter weight, wider range of operating temperatures, and the fact that lithium-ion does not emit hydrogen gas are noteworthy advantages. These are important differences, but lead is an entrenched technology across the telecom footprint, and the initial cost advantages of lead continue to be the ultimate differentiator for many operators. Having said that, there are specific applications where lithium-ion is a great fit and should be considered as a viable – and maybe even preferred – alternative to lead.

Lithium-ion is an increasingly popular choice for rooftop sites because of the light weight of the batteries. Lead batteries are much heavier, often requiring additional engineering of the site, expensive and time-consuming approvals from multiple bodies – including insurance providers, landlords and local municipalities – and rooftop reinforcements to manage the weight. Plus, the heavier lead batteries are simply more difficult to move to those sites. Lithium-ion is much, much easier to transport and install in these rooftop settings.

Moving forward, as 5G networks expand and the number of sites increases and networks extend even closer to consumers, the reduced footprint and weight, anti-theft capabilities and elimination of hydrogen gassing all seem likely to favor a more prominent role for lithium-ion.

Extending our vision beyond U.S. borders, sites with bad utility grid reliability that are subjected to unpredictable, continuous stress that accelerates the death of lead batteries are a better fit. The extended operational life and superior recharge efficiency of a lithium-ion battery can manage the stress and result in short-term financial gains.

Interest at the IT Edge

The IT equivalent of telecom access sites is the edge of the network, and edge sites are the next frontier for lithium-ion. When you consider the benefits, it’s easy to see why. The obvious fit is driving significant interest and investment in exploring lithium-ion options.

The IT edge is in the midst of a five-year explosion that has fundamentally changed modern network architectures, and the pace of that change may be the simplest explanation for the relatively slow adoption of lithium-ion. The introduction of lithium-ion in the data center and the migration to the edge have been happening more or less in parallel, and asking organizations to introduce that much uncertainty into new deployments may have been a bridge too far. But now, as understanding of the edge increases and activity there starts to somewhat stabilize, the industry is turning its attention to strategies to optimize the operation and efficiency of those sites. Enter lithium-ion.

It’s a compelling argument, and one likely to be made more and more as edge sites continue to proliferate and the falling cost and rising acceptance of lithium-ion reach an inevitable equilibrium.

As lithium-ion batteries have matured and started to reach a more competitive price point, their advantages over VRLA are driving rapid adoption in the data center and, increasingly, at the edge of the IT network. Telecom providers are more cautious, but as 5G increases the demand for access sites and energy at those sites, the ability to deploy more stored energy in a lighter battery is driving the re-emergence of lithium-ion in North America.