In my 20 years in the business continuity industry, I’ve always had a thing for technology and how it could permeate our practice for great outcomes. I have had my team develop a business continuity management software to automate BCM programs. Yet, I have always valued the human aspect of BCM.

One of my favorite activities is tabletop exercises. There’s nothing like a good make-believe scenario to test an organization’s level of crisis management readiness. When I first started facilitating tabletop exercises, I used overheads and old newspaper clippings. Then, we started developing internally news clips and unveiling them according to the usual 24-hour news cycle. We’ve now added Facebook posts and Twitter feeds in the mix of incoming information so managers have a real feel of the situation. We can even use media incident training simulations to enhance crisis management realism.

However, where it is clear during an exercise you have a crisis on hand, executives often struggle in real life with not having enough insight ─ or quite the opposite, too much noise ─ to assess the crisis and gauge if a response is required and which type.

The British Standard for Crisis Management defines a crisis as “an abnormal and unstable situation which threatens the organization’s strategic objectives, reputation or viability.” In the age of social media, we tend to pay more attention to the loudest voices in our immediate environment. As executives struggle to discern between a loud cry and a crisis, they also run the risk of overlooking and missing timely, critical opportunities to respond.

Throughout and after a crisis, they will be measured and judged on:

In my experimentation with new technology to serve business continuity and, more specifically, crisis management, I see artificial intelligence (AI), in the form of media intelligence, quickly becoming an imperative to proactively listen to and interact with the ever-expanding social media landscape.

Social media: a tsunami of noisy and unstructured information

Time is of the essence

When an incident occurs that could potentially have serious ramifications, we’re aware time is of the essence. Your team needs to have the authority and the capability to make decisions quickly, while having imprecise and incomplete visibility of what is at stake. The ability to make data-driven decisions is crucial to any business.

When something goes wrong, people start talking in real time! In 2020, social media gets flooded with complaints, comments, opinions, and loads of unchecked facts. The multiple simultaneous conversations can quickly get overamplified if influencers (including bloggers, social celebrities, analysts, online journalists and maybe even your neighbor’s grandmother) share their negative sentiments with their tens of thousands of followers. 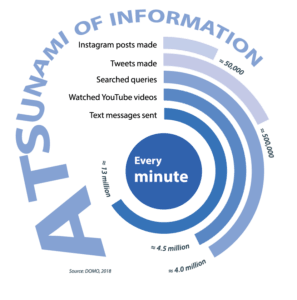 According to IBM’s “The Future of Cognitive Computing,” more than 90 percent of the data in the world was created over the past two years and 80 percent of all the data was unstructured. Every minute, approximately half a million tweets are sent, 18 million forecast requests are received by The Weather Channel, near 4 million search queries are performed, 13 million texts are sent, more than 50,000 Instagram posts are uploaded, and close to 4.5 million videos are watched on YouTube. Organizations no longer control the conversation about their brand, but they need to know what is being said at all times, everywhere, and they must interact with the public in real time.

How do you know if a loud, negative customer complaint shared on social media will snowball into a massive customer uprising? How influential is the agitator and what network do they have access to? Are you sitting on a time bomb or will the flare resolve on its own? The “fog of war” is a term used in the military referring to the chaos of battle, when information is incomplete and can be interpreted in many ways. In a crisis management context, managers are submerged by uncurated data, and the situation is aggravated by media scrutiny, time pressure, misinformation, and rumors, among others. The uncertainty related to the situation makes it difficult to know what the true big picture is. It increases stress and yields poor decisions. In the fog of war, advanced technologies become a crucial tool to give BCM managers structured visibility on complex, multi-layered situations, and provide a sense of direction when there is no time to think. Organizations need to prepare to move fast when incidents and crises strike.

To palliate this, we need to increase our situational awareness. This is the ability to identify, process, and comprehend the critical information about what is happening to the team with regard to the mission. More simply, it’s “knowing what is going on around you.” As BCM managers and executives, we need to extract sound insights from the informational chaos by gathering, assessing, filtering, analyzing, weighing, and communicating information, as well as deciding, learning and adapting.

In crisis management, as in too many other spheres of life – professional or personal – information management has become a colossal task that stretches far beyond human capacity. While the Shark RV750C Ion Robot Vacuum with Wi-Fi Connectivity was voted the preferred gift for households in 2019, resilience-seeking organizations may start turning to artificial intelligence tools and software to help them clean up their information space.

Artificial intelligence: a powerful tool to manage and interpret information

Artificial intelligence (AI) is the simulation of human intelligence processes by machines, especially computer systems. These processes include learning, reasoning, and self-correction.

AI can provide us with an army of analysts to be better equipped to conquer this massive force of unstructured, yet often relevant, data. AI-driven tools provide more cost-effective insights, leaving people with the tasks they do best: interpreting stakeholders’ insights and developing recommendation to be implemented.

Natural language processing (NLP) is a field at the intersection of computer science, artificial intelligence, and linguistics. The goal is for computers to “understand” human language in order to perform various tasks.

Sentiment analysis (SA), also known as opinion mining or emotion AI, is one of the most promising sub-fields of NLP. It tries to identify and extract opinions within a given text in blogs, reviews, social media, forums, news, etc. SA can help amass unstructured text into structured data using NLP and open-source tools. 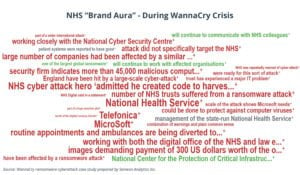 Context-based word cloud tools powered by AI show the trending keywords and expressions being discussed in social media, and highlight the full ideas, conversations, and opinions that are statistically relevant. Concepts are extracted and ranked based on semantic proximity to query concepts found in posts, as well as based on mutual information and information gain computations for each concept. Computation of the actual amount of information conveyed by each concept is also accounted for. This visually rich information is presented in real time and can be grasped at a glance, allowing you to see the relative importance of opinions based on facts rather than on your limited field of awareness.

Providers of such tools have performed various case studies about major crises to demonstrate the potential of SA. For example, such a semantic platform was leveraged to analyze how the WannaCry ransomware attack crisis was managed by the National Health Service (NHS) in 2017. NHS hospitals across the UK took a bashing: some couldn’t access patient data, and others had to cancel operations and divert ambulances. Online news, blogs, forums and social media were analyzed. They extracted the most salient themes and prevailing sentiments associated with the NHS prior, during, and after the cyberattack.

Context-based cloud outputs summarized the impacts. For each key concept, analysis could dig into the context to better understand the underlining sentiments and motivations. Analysts could also track the overall online conversation surrounding the cyberattack before, during and after. Dashboards, timelines and reports would have helped officials visualize the progression of the overall sentiment as they took actions and communicated them, precisely measuring the repercussions of their interventions.

Through the AI-performed influencer network analysis, the most influential bloggers were identified and the networks they affected. NHS would have been able, during a time of crisis, to direct their efforts to spreading appropriate messaging and monitoring the impacts in real time.

From reactive to predictive

AI allows organizations to change their behavior from reaction to pro-action, and eventually prediction, by providing extremely rich context-based perspectives. Media intelligence tools, such as sentiment analysis, help diagnose crises by offering insight into top influencer participation, trending keywords and chatter, the sentiments of key stakeholders or influential clusters, and changes in these elements over time. Yesterday, organizations would react after the fact and play “catch-up” using an army of PR, crisis and legal experts. Today, organizations have awareness of their audiences’ sentiment and intent in real time, enabling them to engage with stakeholders to build trust and collaborate in finding solutions. Tomorrow, AI will empower them to predict what’s coming and change course or transform ahead of time. 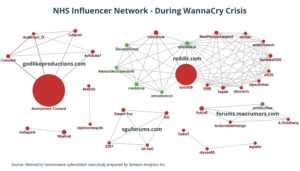 Social media posts and interactions, online publications and influencer interventions happen every day on a massive scale and alter the course of crises. Ready or not, that tsunami of information could be frightening, and coming our way. Embracing crowd-generated data could be a smart way to go for resilience organizations. For example, the wealth of new data arising from social media sources has helped response efforts during major natural disasters like the earthquakes in Haiti or Hurricane Sandy. Survivors turn to social media by geotagging locations or leaving time stamps that help create a real-time picture of what is happening.

The immense crisis management possibilities AI and media intelligence tools offer will change the way organizations prepare, respond to and even predict crises. It will also change people’s expectations of organizations during these critical times.

Implementing an AI-driven media tool that provides such an overwhelming amount of data may sound like a particularly daunting endeavor. The tool in itself can be quite easy to integrate, but the information it delivers will most likely bring about its share of organizational introspection. I invite you to approach these technologies and their enormous potential with an open mind. Ask yourself how your world would change if you could determine if the latest social media incident only needs focused containment or a widespread response. What if you could adjust your course of action and know exactly how to prioritize your efforts for maximum impact?

After experimenting with some of these tools, I can foresee challenges regarding utilization and learning patterns.

First, context-based information needs to be funneled by those who are closest to the context. Queries need to be refined during real incidents by individuals that know the organization and the situation.

Second, the system itself needs to learn from incidents and adjust its patterns in order to provide solidity during a major crisis. Managers need to learn to use these tools on a day-to-day basis and use every incident to refine output.

Lastly, AI should likely never be seen as the final decision-maker, but it can and should help us make better decisions. When well understood and used with discernment, I believe media intelligence tools such as those mentioned above can grasp and organize this unstructured data in real time and empower organizations to operate closer to the crisis.

MOUNTAIN VIEW, Calif.--(BUSINESS WIRE)--H2O.ai is proud to announce that employee Philipp Singer has won his place as the #1 Kaggle...