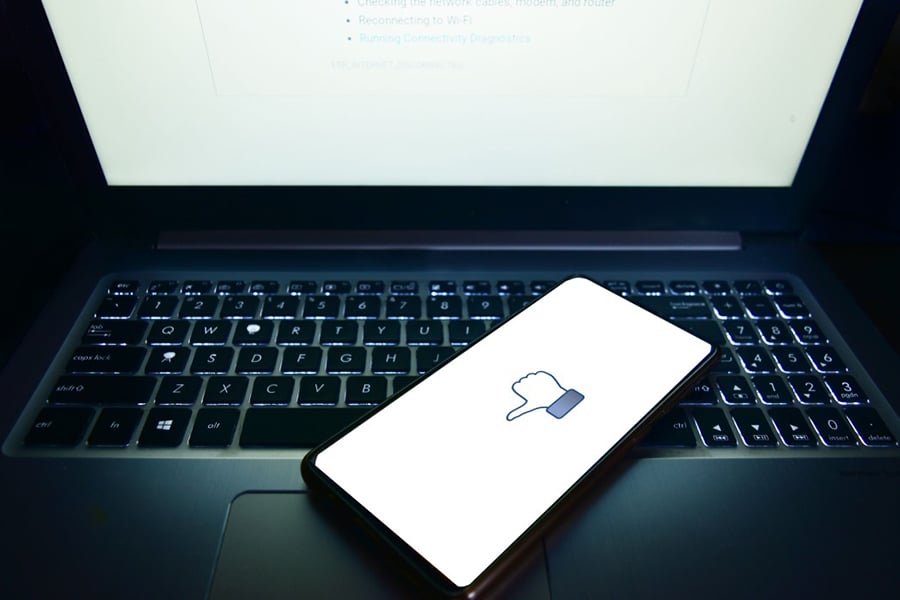 Social Media as a Single Point of Failure

Over the past two decades, social media has changed the very foundation of our lives. It has become the primary communication source for individuals and businesses alike. Many of us take these things for granted and assume they will always be accessible, but what happens if they are not? What are the implications when our go-to medium is not available? On Monday, Oct. 4, 2021, this became a reality when Facebook, its messaging app “Messenger,” Instagram, and WhatsApp all unexpectedly went offline. According to The New York Times, the total outage lasted a little over five hours, but it took much longer for all functionality to be restored. The impact of this outage was tremendous and had an untold number of cascading effects.

According to Facebook’s 2021 2nd Quarter earnings report, the social media giant averaged 1.91 billion users per day. The massive reach of Facebook and its other platforms is one reason why so many organizations, businesses, and governments rely on it for messaging. The platforms are an easy and convenient way to reach your target audience. In a disaster or crisis situation, public information officers can quickly pass vital information to the public. The practice has become so common the United States Department of Homeland Security has developed several guides, a tool kit, and even created a social media working group.

Preparedness means constantly learning and adapting. While social media is an effective and necessary tool for modern-day communications, leaders need to know its shortfalls. We need to continually think about failures in our systems and develop ways to mitigate or prevent them. In the military, we always had a minimum of three communication systems. For example, our primary could be a radio, a secondary a cell phone, and a tertiary would be sending a runner. Leaders need to think about crisis communication in the same manner.

While it has become commonplace for local governments to use inbound phone messaging in conjunction with social media, it is rare to have a third option in place. How simple would it be to set up in advance a public location that citizens can go to for information if social media is down? The town hall, a church, school auditorium, or other gathering places could easily be established as the information hub. A simple messaging campaign can let residents know about it. Tell school children, send flyers, and put it on the radio. The goal is to make the location common knowledge so everyone knows where to go, and they do not need to be told during the situation.

Corporations should use the same concept, especially those with large campuses, stadiums, outdoor venues, and shopping centers. Imagine if an active shooter or some other disaster occurred during the outage and the only planned communication tool was through social media. These organizations need to ensure their public information systems are working and if they do not have them look into ways to implement them. They also should have a place predetermined where guests or interested parties can go for information. For example, if there was an event at an outlet mall, do they have a preplanned location where concerned employees or victims’ families would meet to get information if social media was down? These areas need to be preestablished so the organization is prepared to react and not relying on a single source.

Businesses also need to use the same backup concepts in regards to their revenue stream. Leaders must identify gaps in the sales process and plan for failures. According to Forbes, over 90 million businesses use Facebook Shops to sell their products and services. Many of these businesses switched to a virtual model during the COVID-19 pandemic to stay afloat, yet there was little to no planning in case the virtual environment became compromised. The actual cost of Monday’s outage is not yet known, but many companies are already reporting losses. While a five-hour outage was impactful, imagine the consequences if it was several days, a week, or even longer. This event has been a wake-up call for many business owners and leadership teams. In many cases, they have realized the livelihood of their employees, and the success of their business is directly tied to a single entity. Companies should treat their consumer communications and virtual marketplaces in the same way as a supply chain. If one goes down, make sure there is an alternative in place to minimize the effects.

The Facebook outage illustrates the internet and social media can become disabled in multiple ways, not just because of a power outage. This should not be a surprise for preparedness professionals as we deal with these situations every day. We earn a living thinking about worst-case scenarios and planning for them. However, for the average business leader, there is not enough time in the day to accomplish all the tasks of running a company while also planning and preparing for a crisis. Now is the time for leadership teams worldwide to look at their organization and identify who is responsible for preparedness across all areas. Frequently this position is underfunded, and their team is understaffed. If no one on the team is qualified or has the capacity to take on this role, then someone from the outside must be brought on. The cost of not doing so is too great.

Social media is ingrained into the fabric of our society. It has become such a part of our lives that while many people would not know what to do without it, business and government leaders cannot be one of them. Events such as the Facebook outage should remind us that anything can and will happen. Now is the time to look at your strategies and processes to ensure you will not become the victim of a single point of failure.

Daniel Rector is a military veteran with more than 12 years of experience in homeland security and emergency management operations. He served as a damage controlman in the U.S. Coast Guard and as a survey team chief on a National Guard Weapons of Mass Destruction – Civil Support Team. Rector currently works for Asfalis Advisors as a business resilience advisor. His career is supported by a Master of Science degree in emergency management and current coursework toward a doctorate of management with a homeland security focus. He has completed multiple courses in CBRN response and detection from the Defense Nuclear Weapons School, Idaho National Laboratory, Dugway Proving Grounds, the U.S. Army CBRN School, and the U.S. Army Edgewood Chemical Biological Center, among others. He has completed the FEMA Professional Development Series and the Homeland Security Exercise and Evaluation Program (HSEEP) course. He is a Certified Emergency Manager (CEM), a licensed HAZMAT technician, Confined Space Rescue Technician I/II, and EMT-B. He is a recipient of multiple awards for excellence, including being the only National Guard soldier ever named the Distinguished Honor Graduate while simultaneously being nominated by his peers for the Leadership Award at the CBRN Advanced Leaders Course.

Our guide to the top Razer deals for Black Friday & Cyber Monday 2021, featuring all the top discounts on...

Save on antivirus deals at the Black Friday & Cyber Monday 2021 sale, together with the latest Avast & Bitdefender...

Save on Google Pixel 6 deals at the Black Friday & Cyber Monday sale, including the top Pixel 6 Pro...

October 27, 2021 – The Reality of Protecting Data in a Multi-Cloud World

October 13, 2021 – How to Overcome the Challenges of Working from Home 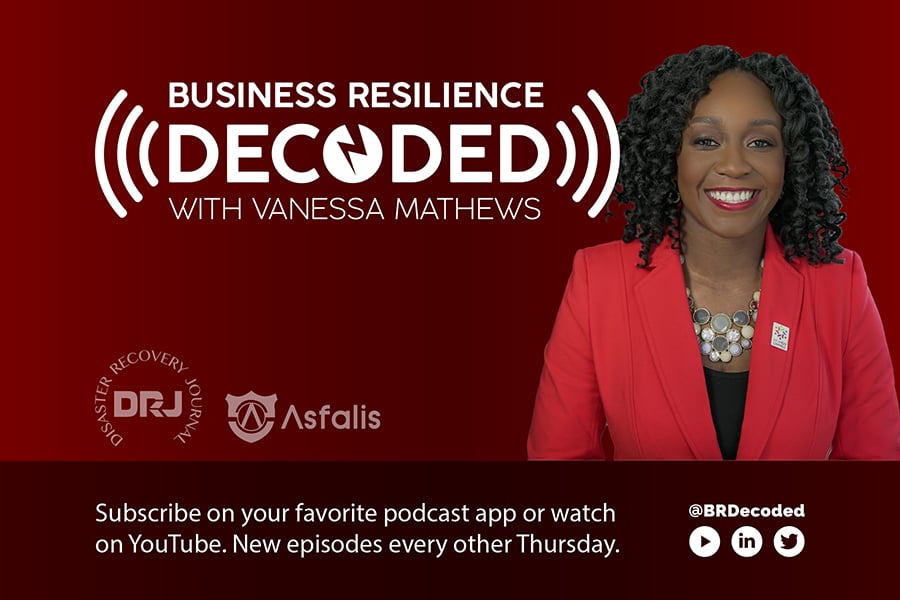 Podcast: The Intersection of Logistics and Crisis Management 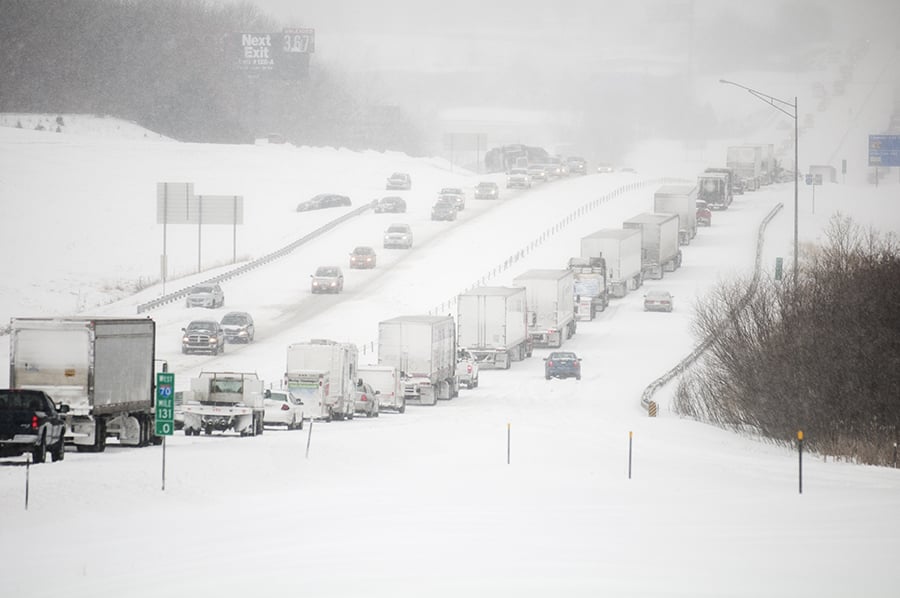 Why Winter Preparedness Is More Important Than Ever

The COVID-19 crisis has proven the sternest test to the healthcare sector. And it’s not over yet. What’s worse, the...
READ MORE >