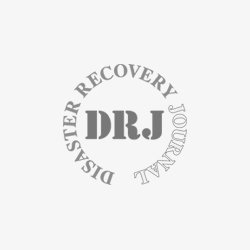 (TNS) — After spending an exorbitant amount of money on food for county workers during Hurricane Irma, Sarasota County has signed a catering contract with a much cheaper vendor should another natural disaster strike.

The County Commission recently approved a three-year contract with Metz Culinary Management, of Sarasota, as its primary vendor, and Mattison’s Catering, also of Sarasota, as its secondary vendor to provide meals for county workers stationed in the Emergency Operations Center in the event of a disaster. The contract with Metz would cost $30.50 for four meals a day per person around the clock — compared with the $26 that the county spent during Irma per person, per meal, ultimately costing taxpayers $130,000.

While county residents hunkered down at home or in shelters as Irma thrashed the region on its trek up the Florida peninsula on Sept. 10 and 11 in 2017, about 400 county employees enjoyed Mattison’s Catering, county records show. Under the $130,000 deal, Mattison’s staff prepared and delivered enough food to serve up to 5,000 meals from lunch on the Saturday before the storm hit through lunch the following Tuesday — a cost of $26 per person, per meal, according to the purchase order.